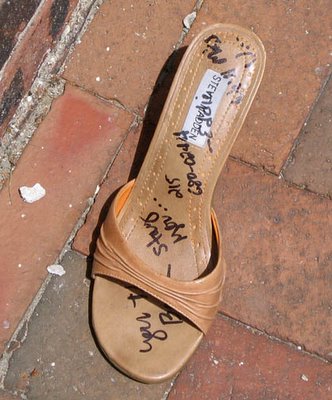 PAINT MY LIPS! Painting of lips. Oil on canvas. Anonymous. Left feet in picture to give idea of size (approx 16x20): 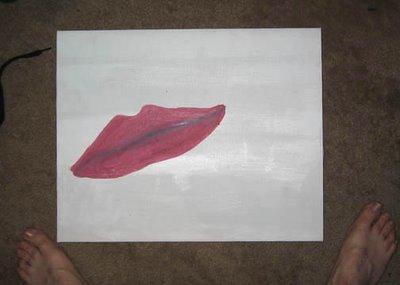 THE PHO CALL TO NAM Vietnam prepaid phone card found on sidewalk. Reason I included this one is because I think it's a Vietnamese pun: "Pho" is a kind of noodle soup, as seen in the picture; "The Pho" (I think) is supposed to sound like "telephone." Or something like that: 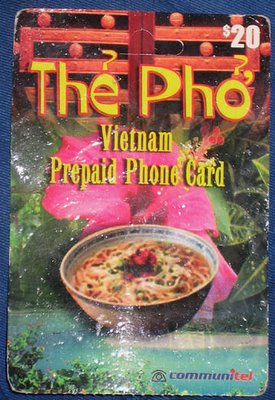 CUDDLY POOP & ELMO Mr Hankey the Christmas Poo doll, complete with his official South Park documentation. And, just like the character he's based on in the show, this doll was found in the gutter, all wet & covered with slime. Yucko: 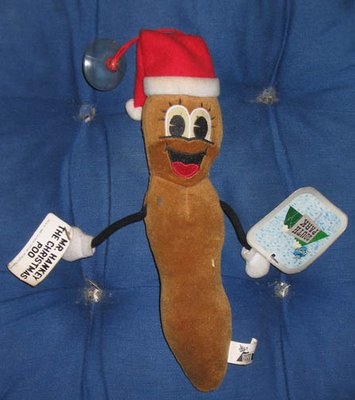 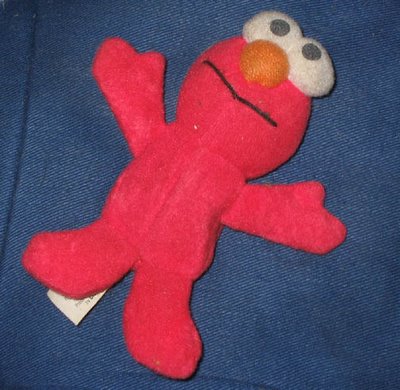 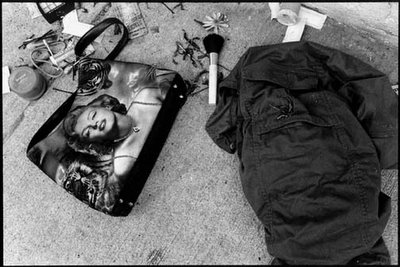 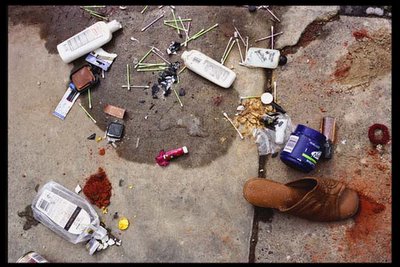 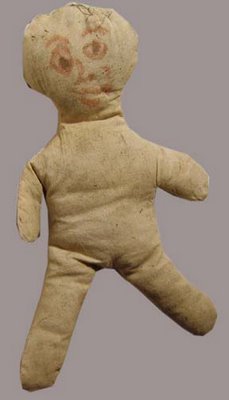 EDUCATIONAL ACTION FIGURES Rather large, rubbery dinosaur doll. Interestingly, he's been designed with a hole on his tail near his rump to expose the underlying bone structure. Why they chose his rear end is beyond me: 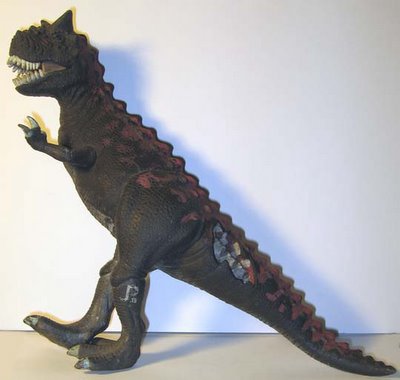 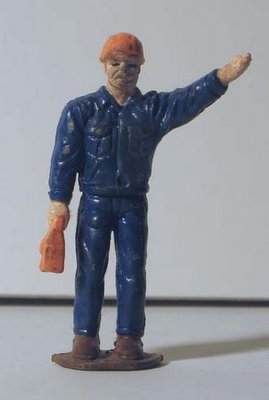 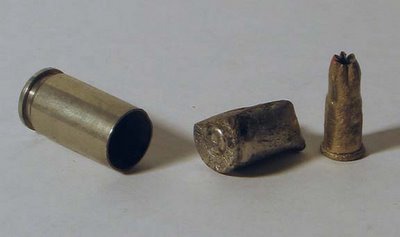 Three slugs (as in spent bullets), found on sidewalk. Very large caliber. BIC pen to give idea of size:

Abandoned photographs, broken toys, electronic parts, discarded paintings, bullet casings, rusted metal, splattered food and other detrius I find in the streets of Philadelphia. This blog is associated with The Abandoned Photo Museum at www.heudnsk.com. CLICK THUMBNAILS AT LEFT TO ENLARGE!

MY OTHER PHOTOGRAPHY SITES: